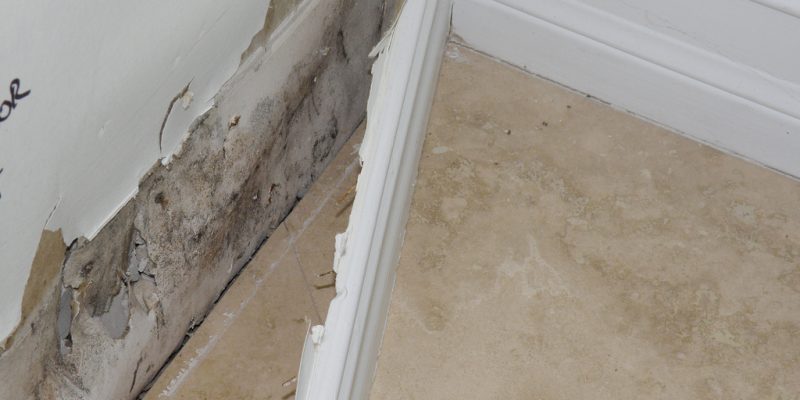 MOULD, the word that scares many homeowners and occupants alike. Our goal in this post is to share some information on the topic that will help you understand the subject better.

Ok, first off there are thousands of different kinds of mould species that could be present in your home so don’t immediately think you are dealing with the infamous “black mould”. Mould spores are referred to as being ubiquitous which means they are found practically everywhere on planet earth, from the forest to the streets, to even inside your home. These mould spores are for the most part harmless, in fact, we breathe them in every day and we are still standing. The point where they can be an irritant to your health is when they become active and begin to grow in your home.

How to identify mould / microbial growth in your home:

Visual: The most obvious way is to visibly see the mould, whether it is growing in your closet wall, garage ceiling, or basement, it will be obvious to spot. You will see splotches of discoloration on the surface it is growing on, their colour can range from light browns, beiges, whites, and to the darker shades.  It could also have a fuzzy like and or oily appearance.

Odour: Asides from your vision, your sense of smell is going to be your best mould detector. If there is active microbial growth happening in your home you will notice an odd smell coming from the area where growth is present.

What does mould / microbial growth smell like?  It’s going to smell earthy-like and musty.

What you are smelling in essence is the chemical  reactions created by the growth, which are called microbiological volatile organic compounds (MVOC’s). So in situations where there is no visual evidence of microbial growth but YOU CAN SMELL IT, then that is a good sign that the growth is hidden or out of site, perhaps behind a book shelf, in a dark corner of your closet, or even inside your walls and ceilings.

How did the mould / microbial growth begin to grow inside my home:

Microorganisms such as mould spores need water and food to survive. The most important ingredient in this case is going to be water, mainly because their food can be found virtually anywhere inside your home. These microorganisms will feed on any organic matter available including, paper products, wood, dirt and dust. As you can see it would be impossible really to rid your home of their food source as many of the materials used in construction are made of them.

So that leaves the water source to be the main ingredient which you can control. Some of the ways in which moisture could be present in your home:

As you can see, if there is any form of water within the structure of your home then mould / microbial growth can begin to grow.

What should I do once I have found the mould / microbial growth:

Mould remediation is a specialized service which should be done by restoration professionals, call your local property restoration company and have them deal with the issue properly.

In the meanwhile there are a few things you could do to stop the spread of mould spores throughout your home:

At the end of the day we would still highly recommend to call a professional restorer to help re mediate the mould from your home. Even if the visible mould growth is small say even just a 1’x1′ growth area, the actual full extent of the growth could be hidden behind the wall or behind the surface its growing on. Therefore you will want to ensure that all the mould has been properly removed in order to restore the safety and cleanliness of your indoor environment as well as to prevent any regrowth.

If you are interested in more advanced steps and information on the mould remediation process and whats involved then stay tuned as we will be continuing this discussing in future articles.